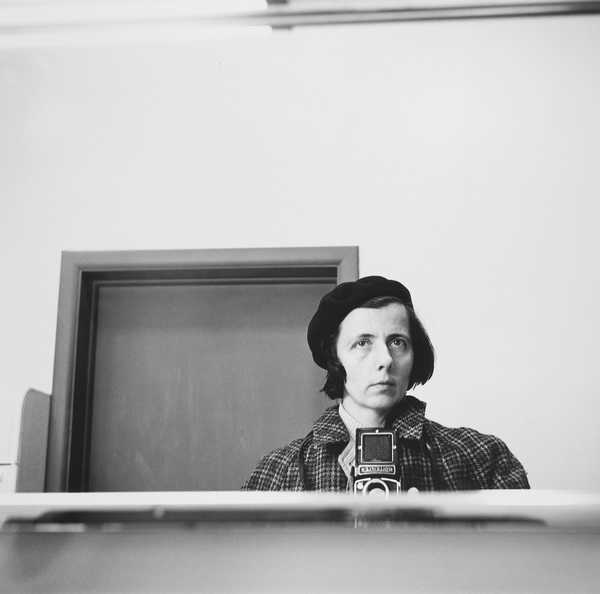 Photographer's collection stamp, signed by John Maloof, with date, print date and edition no., on the reverse, edition no. 5/15

Vivian Maier is probably one of the most enigmatic figures in photographic history. She was only discovered in 2007 when the amateur historian John Maloof bought her archive boxes at an auction and made it his goal to reappraise them. A blog made her famous posthumously and virtually overnight. A native New Yorker with French roots, she began taking photographs in France in the late 1940s. After her return to New York, she took her first street photographs, from 1956 she lived and photographed in Chicago. Maier worked as a nanny and housekeeper for 40 years. On her countless forays through New York and Chicago, she photographed almost obsessively, devoting herself to her motifs with curiosity and a distinct sense of composition. Again and again she staged herself in portraits; often in a distanced, serious posture in front of shop windows and mirrors. Her "selfies," however, do not always make her the center of attention; sometimes her haunting presence is based only on a shimmer or shadow in a composition. Even for companions, Maier remained a mystery. She frequently changed her name, hoarded tens of thousands of rolls of film and negatives in her changing homes and workplaces and left behind an extensive photographic oeuvre that was only published after her death and has since inspired people from all over the world.

Photographer's collection stamp, signed by John Maloof, with date, print date and edition no., on the reverse, edition no. 5/15