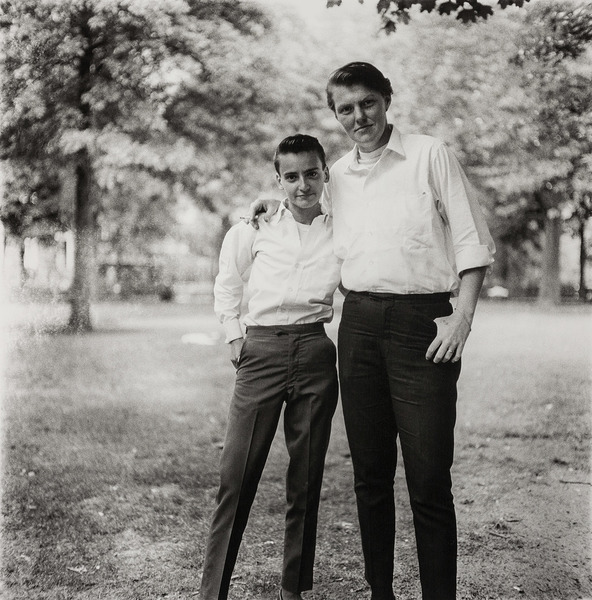 In 1965 Arbus shot a series of photographs about couples for Harper’s Bazaar titled “On Marriage”. “Familial Colloquies” a simultaneous and somewhat parallel assignment for Esquire (July 1965) also consists of photographs of two people, mostly parents and their children. The present double portrait was taken at the same time as those two assignments. Beginning in May 1965 and throughout the following summer, Arbus spends a lot of time working in and around Washington Square Park in New York, photographing the people who would hang out there. Later Arbus claimed that she found the park one of the more intimidating and impenetrable worlds she has yet attempted to explore, although it also proves to be among the most productive locations. It is interesting that Arbus often approached people who did not follow clear gender roles, and whose relationship to each other cannot be clearly defined from their portraits.

And so does the present photograph Two Friends in a Park leave some questions unanswered, which makes it even more appealing.