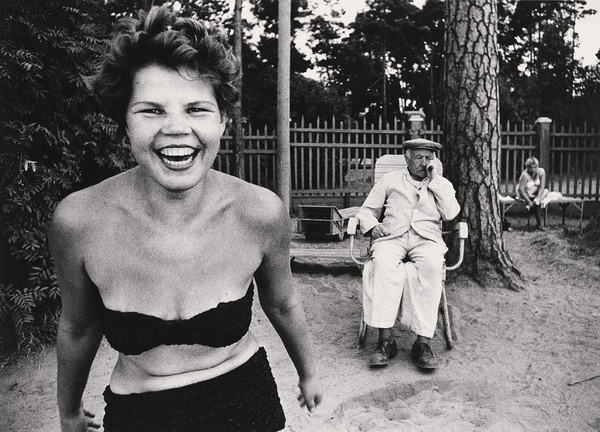 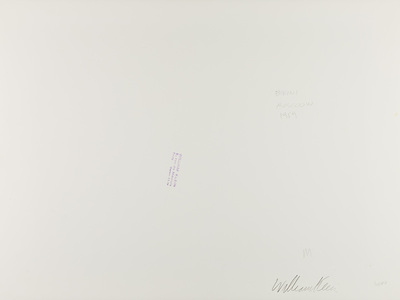 After New York (1956) and Rome (1959), Moscow became the third city to which the recently deceased photographer, film maker, painter and universal genius William Klein dedicated a city portrait. Each of his journeys led to well-known and appraised photo books. Most of the Moscow photographs were taken in 1959, at the height of the Cold War. Already in the 1950s William Klein developed his radical photographic idiom, breaking with conventional, rather discrete street photography, and thereby he influenced subsequent generations of photographers. Klein takes the momentary character to its extreme and his direct manner of taking photographs has so become exemplary for his style. While being in Moscow his gaze more often singles out individuals. For instance, a bikini-clad young woman in a park who seems overjoyed at being photographed, while a white-suited man in the background is observing the spectacle. The photograph demonstrates his radical spontaneity and his preference for boldly chosen frames and the element of interacting with those depicted. The wide-angle lens allowed the photographer to turn the watchers on the picture’s side-lines into unsuspecting protagonists. Wiliam Klein categorically rejected the distance and objectivity in photography propagated by Cartier-Bresson. It is not without irony, therefore, that Klein’s first Leica originally belonged to Cartier-Bresson himself. Klein’s photographs are unsparing and direct – “in-your-face”.