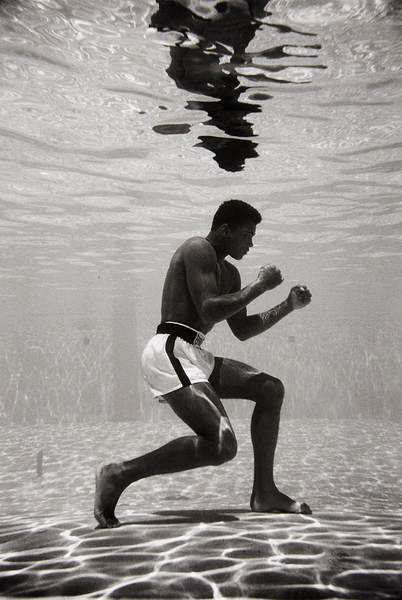 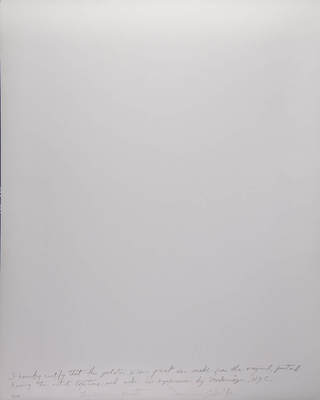 Signed and inscribed by Donna Schulke on the reverse, original lifetime print by Flip Schulke

Flip Schulke's underwater shot of boxing legend Muhammad Ali is one of the most impressive photos of the athlete ever taken. The pictures were taken in 1961 in a swimming pool in Miami. The 19-year-old boxer, then known as Cassius Clay, was in the pool when Schulke arrived to discuss a photo shoot for Sports Illustrated. Ali explained that his old trainer in Louisville had encouraged him to practice in the pool because the water resistance acted like a weight.

Sports Illustrated rejected the underwater shoot idea, but Life eventually commissioned it. Schulke returned to take the pictures in the pool. He had already taken several photos of the boxer before he managed to get this one, his best shot. "I turned around and there he was, feet on the bottom of the pool, in perfect boxing position." When the photo series was published in Life magazine, this iconic image wasn't even on the shortlist.

Three years later, Schulke learned that Ali had fooled him: he had made up the story about the underwater workout.

Signed and inscribed by Donna Schulke on the reverse, original lifetime print by Flip Schulke