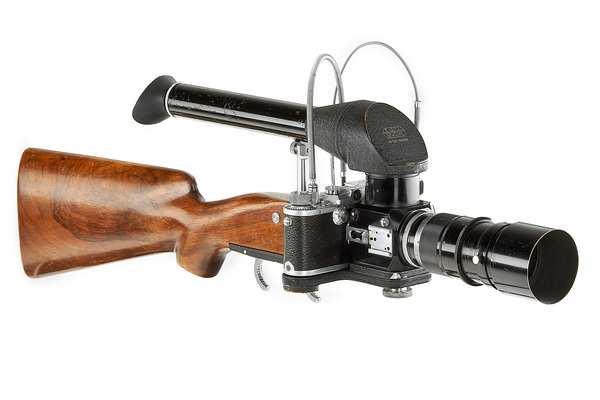 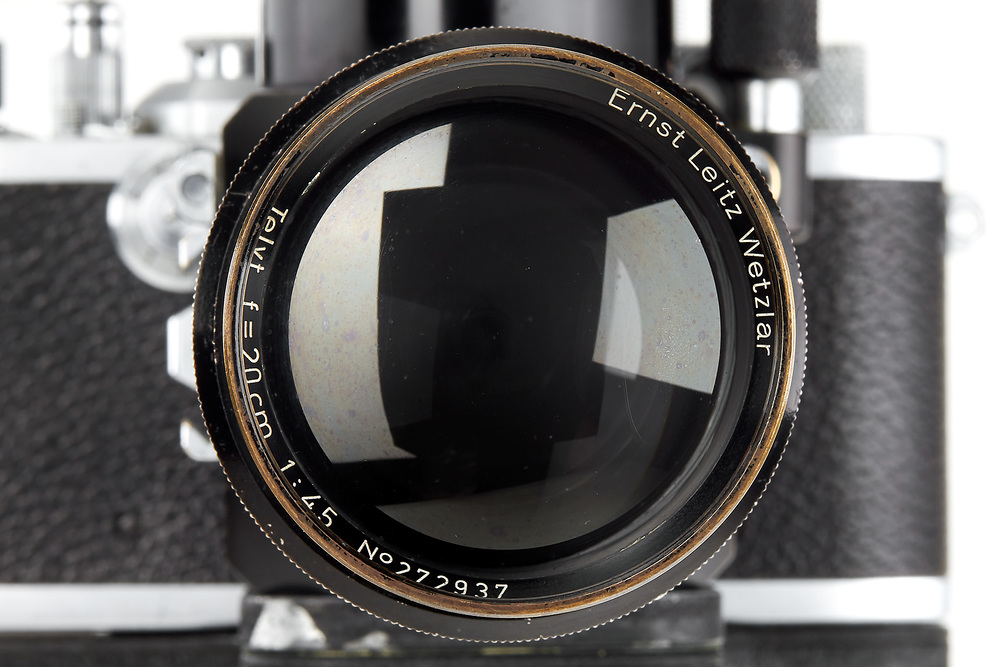 E. Leitz Inc., New York launched the Leica Gun Rifle in 1938, using the code word “RIFLE”; however, it was only produced for one year (1938 to 1939). The “RIFLE” was inspired by Commander Attilio Gatti, the well-known wildlife photographer in Africa and was developed between 1935 and 1937 by E. Leitz, Inc. New York, before being introduced to the public in July of 1938. Various authors differ in their estimates about the actual numbers of “RIFLE” produced: while P. H. Hasbroeck assumes that only six units were produced, J. L. Lager concludes that a dozen were made overall. We consider a number of 12-14 Leica guns, spread out today over collections worldwide, to be appropriate and realistic, which makes it an extreme rarity in the Leica world. 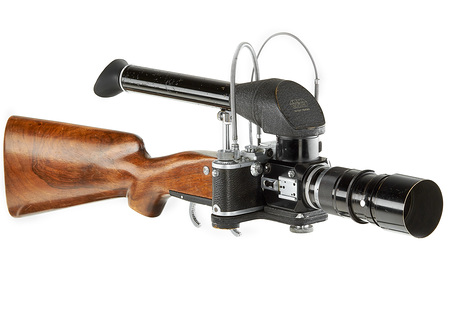 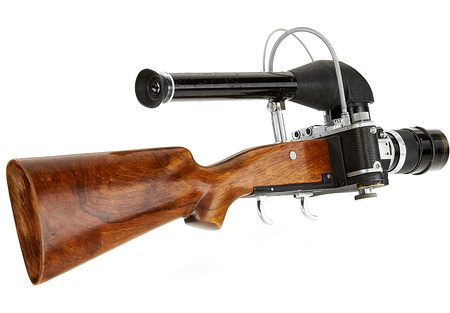 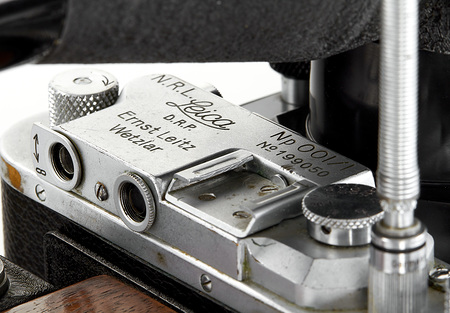 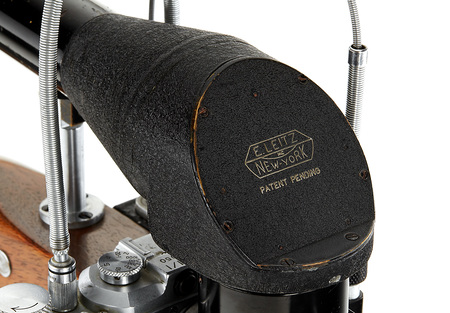 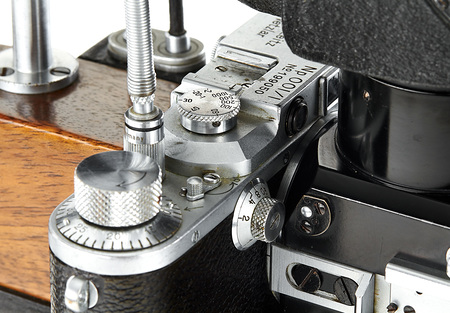 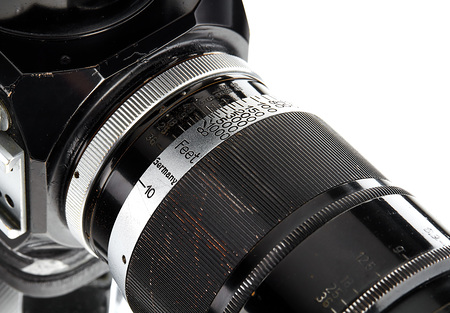 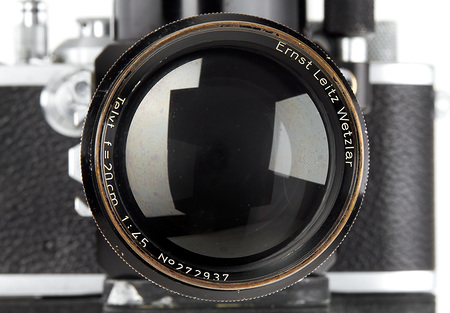