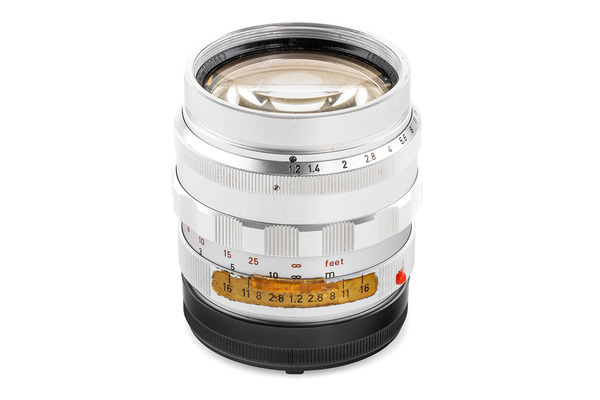 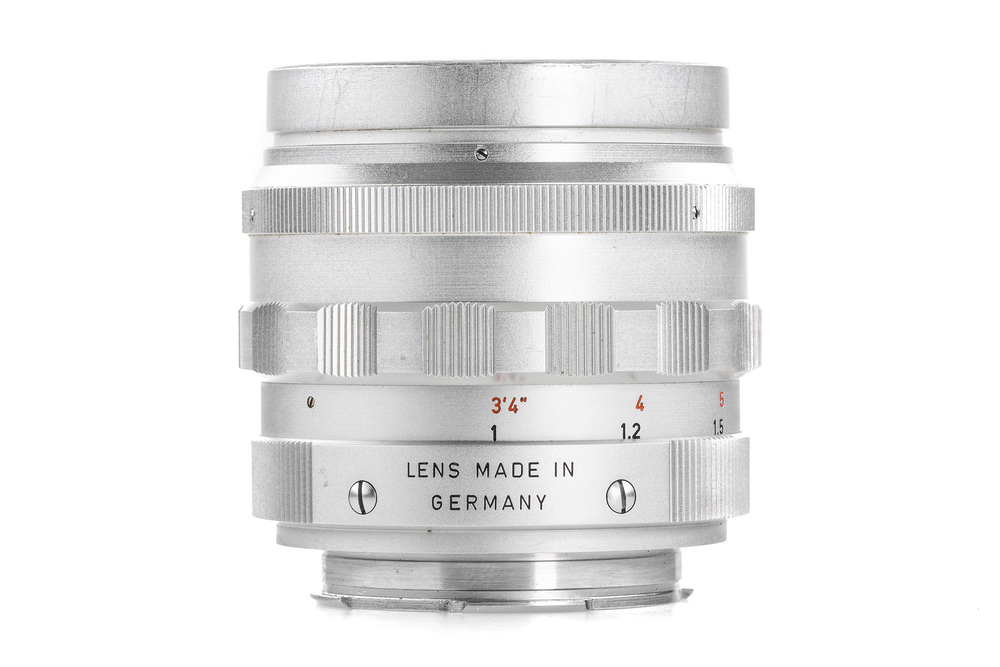 When the lens was introduced in 1966, it was the pinnacle of lens design and technological possibilities. It is almost entirely free of spherical aberration and coma while producing an exceptionally high degree of contrast. Fifty years ago, however, even for Leitz, it was quite a challenge to produce such a lens, a fact reflected in its price: the lens was almost twice as expensive as the body of a Leica M4. It was replaced by the 50 mm Noctilux f/1 in 1976, which, using new optical glasses, could be calculated without aspherical elements and was cheaper and much less labour intensive in production than its predecessor.

In ten years of production, only about 1800 units of the 50 mm Noctilux f/1.2 were produced in total, representing one unit per business day. The Noctilux f/1.2 lens can truly be called a legend within the technical development of the Leica lenses. It is not only sought-after by collectors but still also a favourite of many photographers.

In the 41st Leitz Photographica Auction, we have the pleasure of offering the white unicorn of the Leica M lenses - the original chrome prototype of the Noctilux f/1.2. The lens is in excellent condition, optics show some blemishes on the front and rear element. The photographic test reveals that the lens still produces beautiful, dreamy images, the first version Noctilux is famous for. A small patch of milimeter paper is taped over the depth-of-field scale – it was used to mark the lens’ test results at the factory. At first glance, the front rim appears not to be engraved, but under a closer look, a small, blackened engraving can be seen:

The Noctilux name is not engraved yet on this prototype. 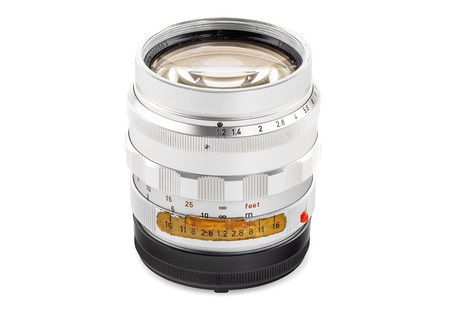 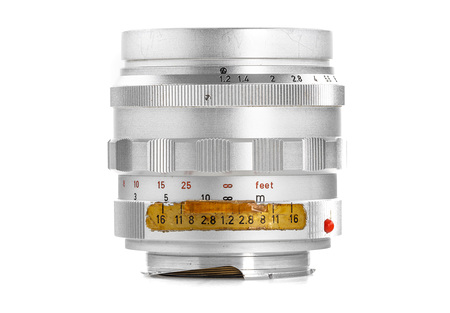 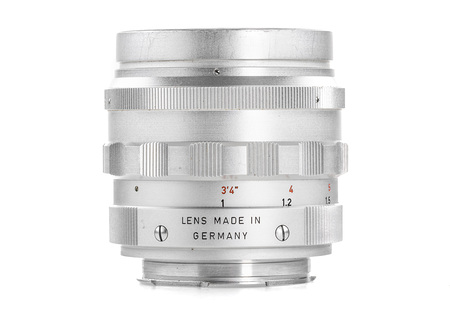 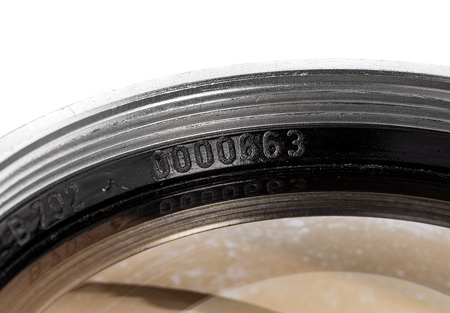 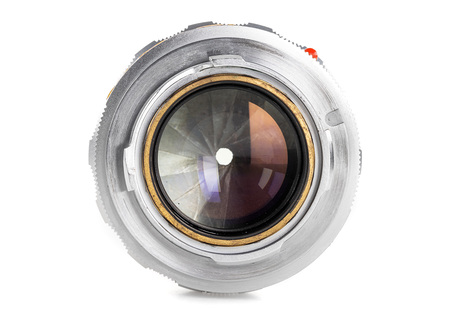 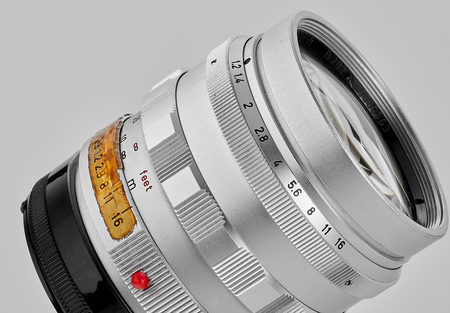