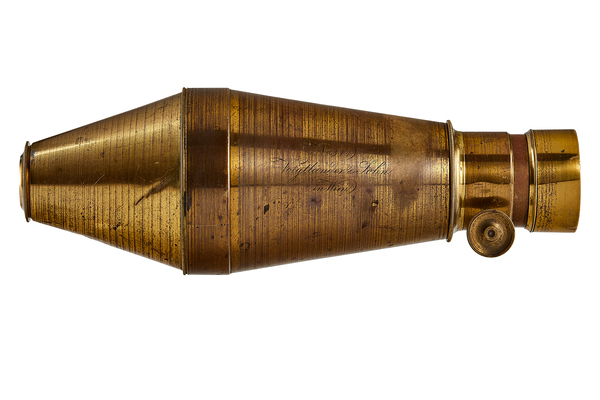 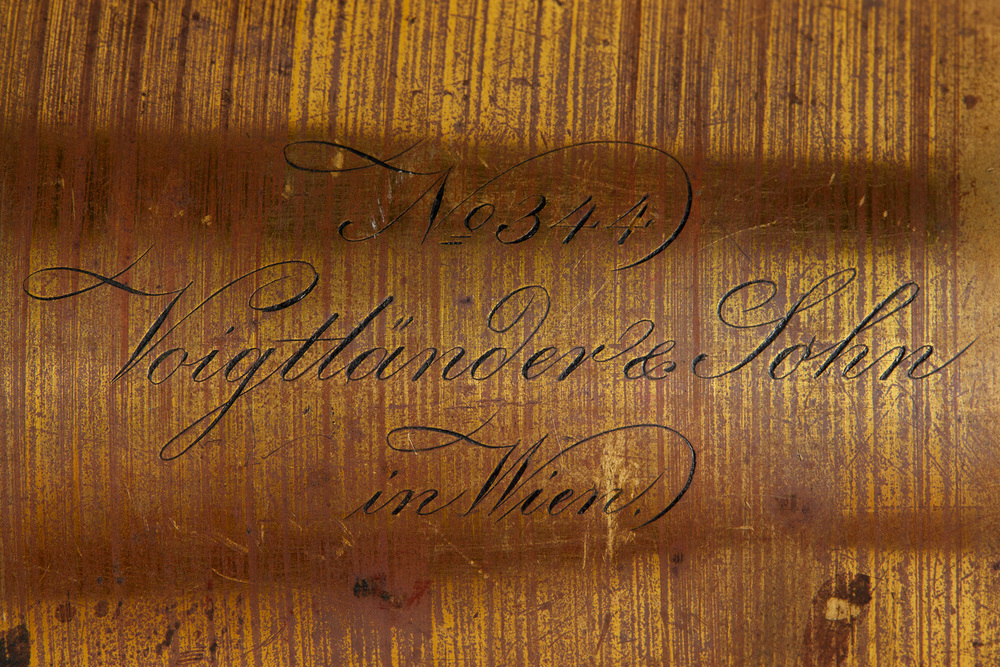 The Voigtländer Daguerreotype camera was introduced by Peter Wilhelm Friedrich Voigtländer (1812-1878) in 1840. It is historically important for its introduction of the fast f:3.7 Petzval lens - it was 15 times faster than the lenses Daguerre used in his constructions. The 'cannon'-shaped camera is also one of the most sophisticated and recognizable constructions from the first days of photography.

The focusing screen is positioned at the widest part of the camera, and there is a magnifier in the shorter of the two cones to aid focusing. Once the picture was sharp, the photographer had to go into the darkroom and swap the focusing screen for a daguerreotype plate.

The offered example is in fine, original condition and it has never been restored. The lens is a matching Petzval-type construction.

Reportedly 600 of these cameras have been sold until 1842, only about ten are known to exist nowadays. This is the first time a camera of this type is offered in a public auction. It is of the most important cameras in the history of photography! 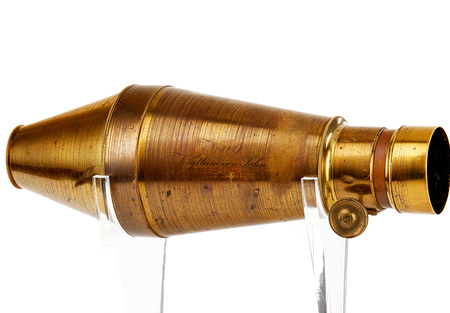 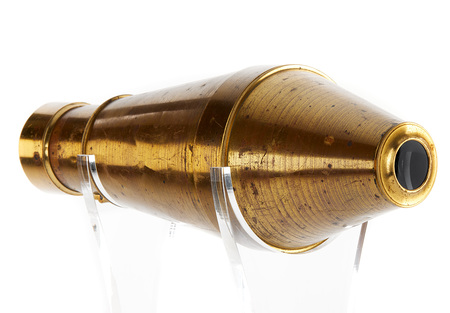 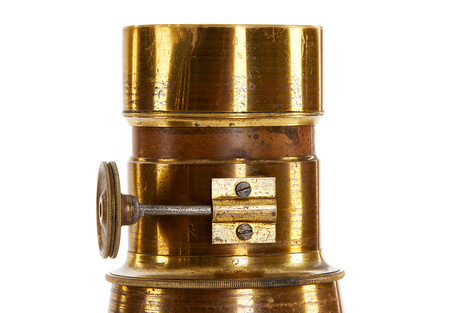 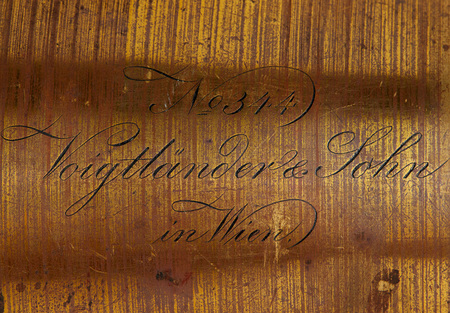 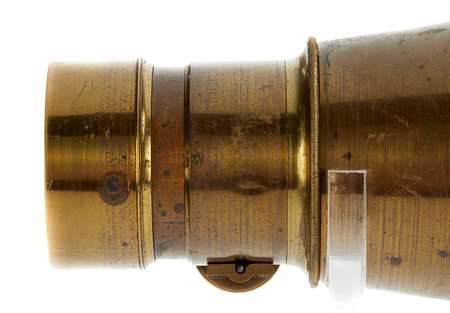 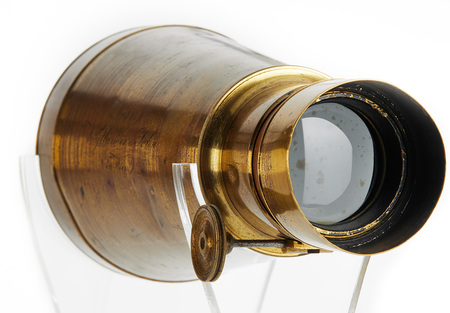 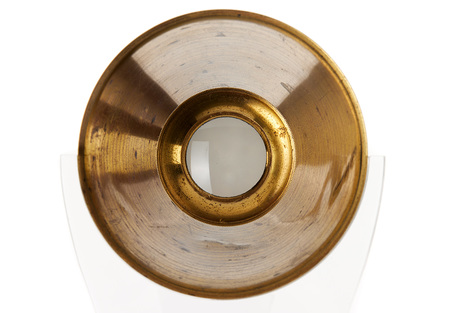