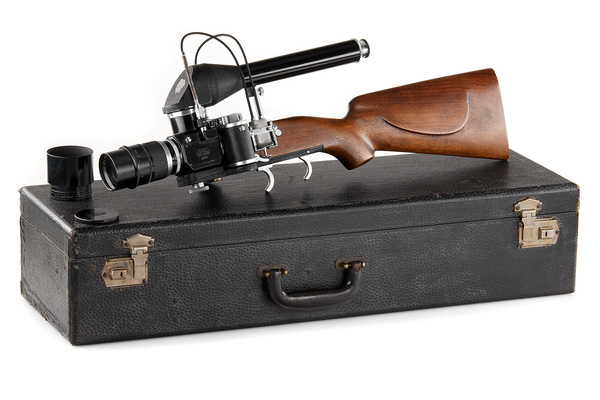 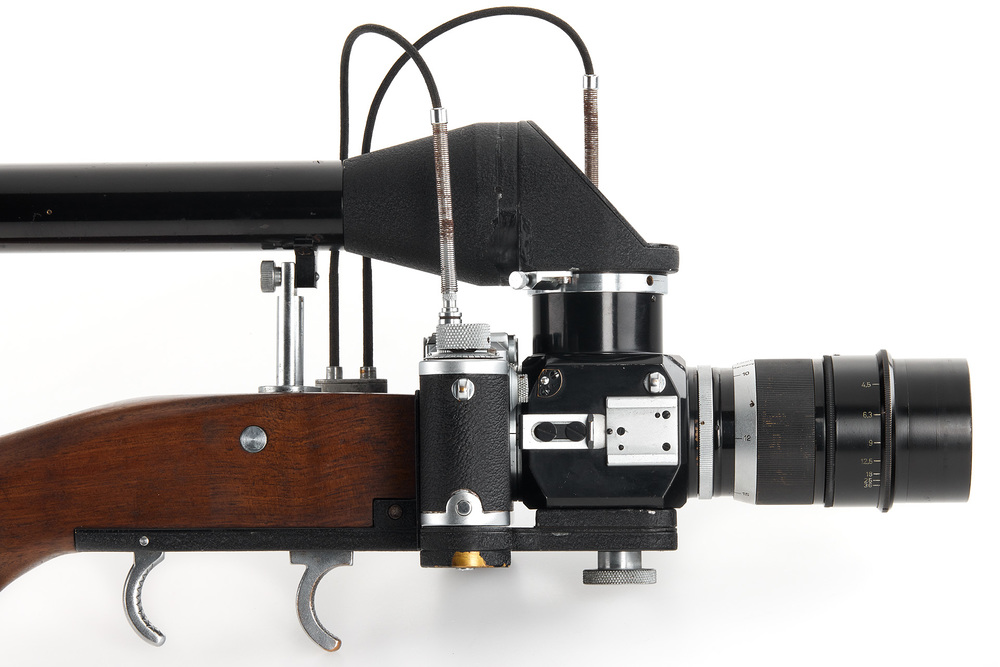 One of the rarest and most unusual Leica accessories in excellent, original condition. The Lot consists of the special viewfinder engraved with serial number 117 (see Lager VOL.III for no.116) and 'E.LEITZ INC. NEW-YORK', a modified PLOOT mirror housing no.2972, modified Leica IIIa no.230908 (1937), Telyt 4.5/20cm no.472827 (focusing scale in feet, with hood and cap) and an extremely rare carrying case RIFUN.

The company E. Leitz, Inc. New York launched the Leica Gun Rifle in 1938 using the codeword “Rifle”; it was only produced for one year (1938 to 1939). The “Rifle” was inspired by Commander Attilio Gatti, the well-known wildlife photographer in Africa and was developed between 1935 and 1937 by E. Leitz, Inc. New York, before being introduced to the public in July 1938. Various authors differ in their estimates about the actual numbers of “Rifles” produced: while P. H. Hasbroeck assumes that only six units were produced, J. L. Lager concludes that a dozen were made overall. We consider a number of 12-14 'Rifles', spread out today over collections worldwide, to be appropriate and realistic. 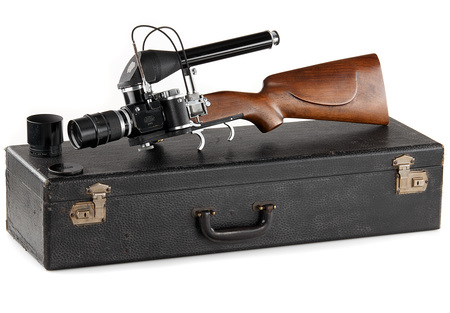 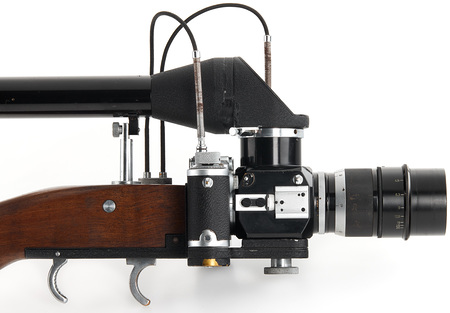 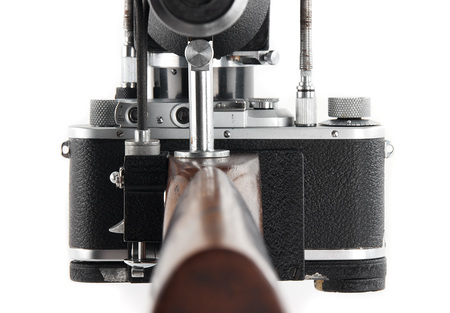 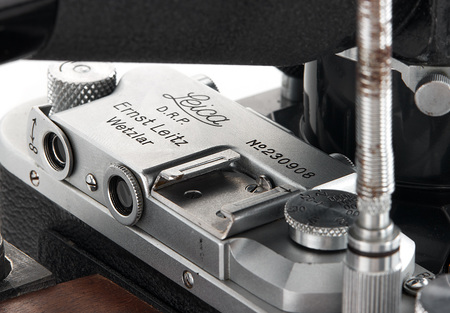