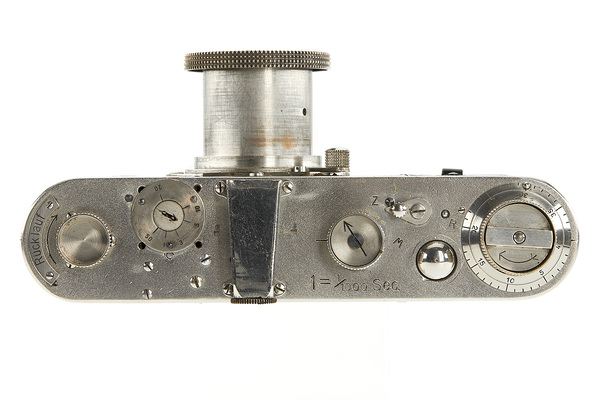 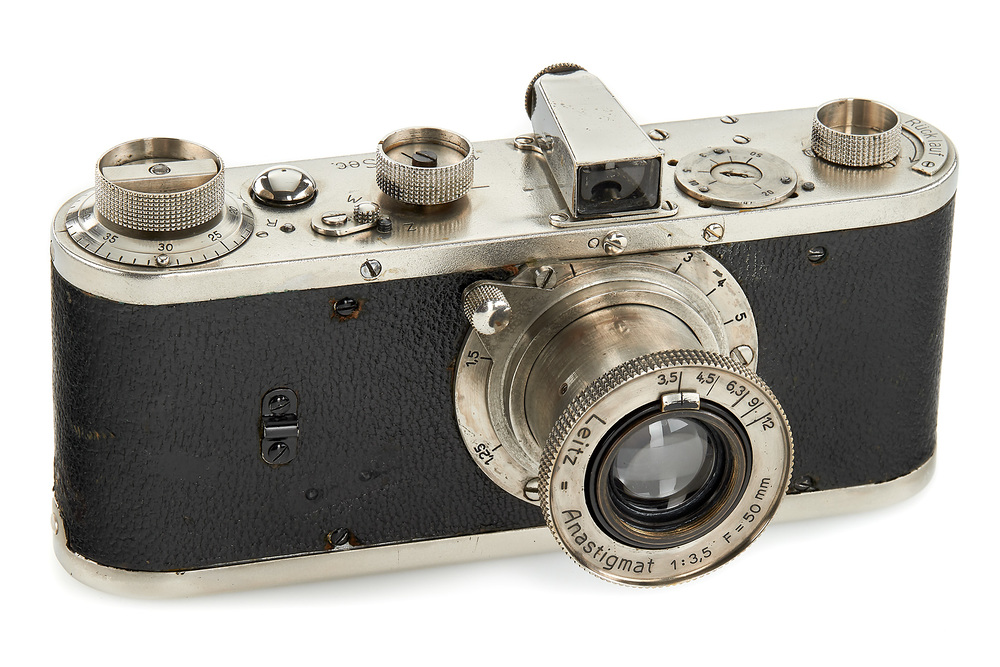 The famous transitional prototype camera placed historically between the Ur-Leica and the first 0-Series production models. It is a very interesting hybrid showing the progress of the technical development from a prototype to the early production camera.

Only two similar prototypes are known to exist. The other one is finished in brass and has been illustrated and thoroughly described by Dr Günter Kisselbach in ‘Barnack’s Erste Leica’ (Barnack’s First Leica). Both share nearly the same external features and are equipped with the same tubular finder.

The offered camera has undergone several modifications in its lifespan. Apparently, it served as a test camera for several years. It shows signs of many alterations to the chassis and mechanisms inside. For example, it was equipped initially with an early type folding finder, it was later replaced with a tubular finder, but the signs of this modification are still present inside of the camera. The lens can be identified as a very early 5-element design, most probably ‘BK 50/II’ of 1920/21. The camera has been finished to its final form around 1938 – probably for display purposes.

Included in this lot is detailed expertise from Mr Ottmar Michaely. The current owner bought the camera from the known Leica Expert Lars Netopil. The historical importance of this special camera has been confirmed by numerous Leica experts like Paul-Henry van Hasbroeck, Lars Netopil or Ottmar Michaely.

Exactly this camera is illustrated in P.-H. van Hasbroeck ‘The Leica - A History Illustrating Every Model and Accessory - Revised Edition’ (photo I in the illustrated preface). It is an important milestone in Leica history and a unique opportunity for serious collectors! 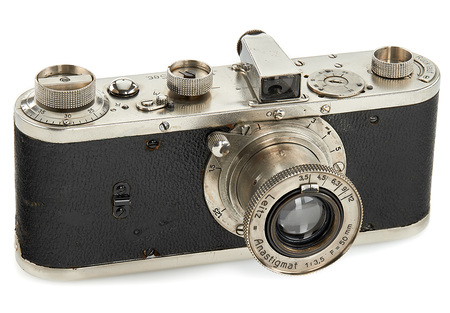 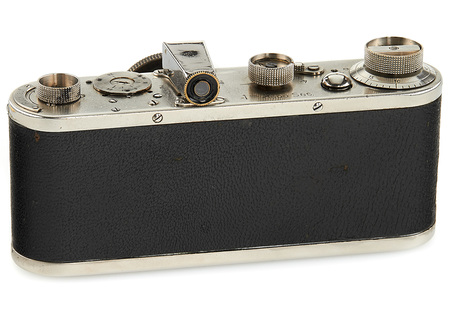 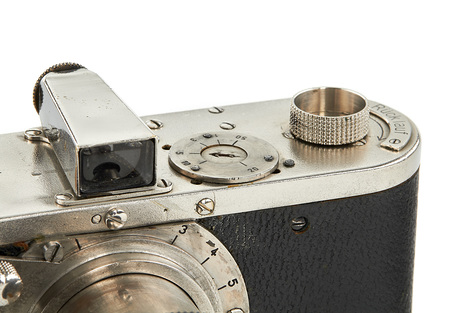 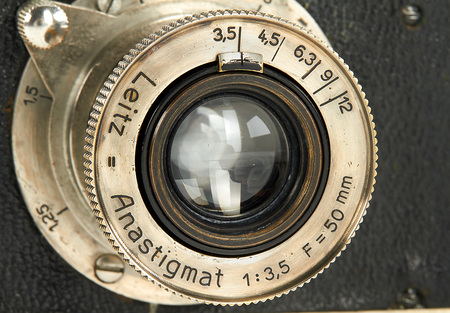 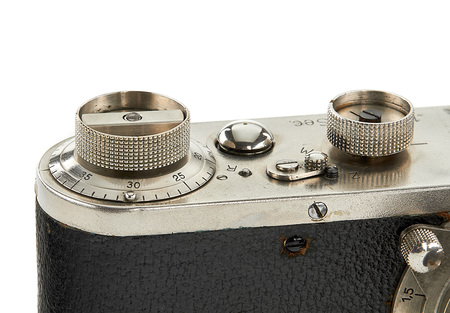 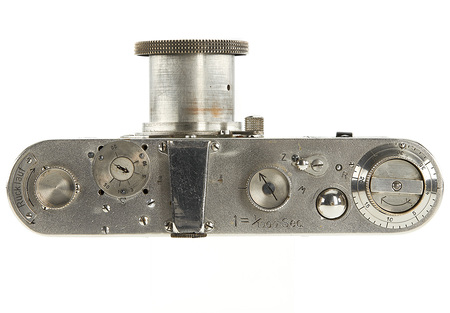