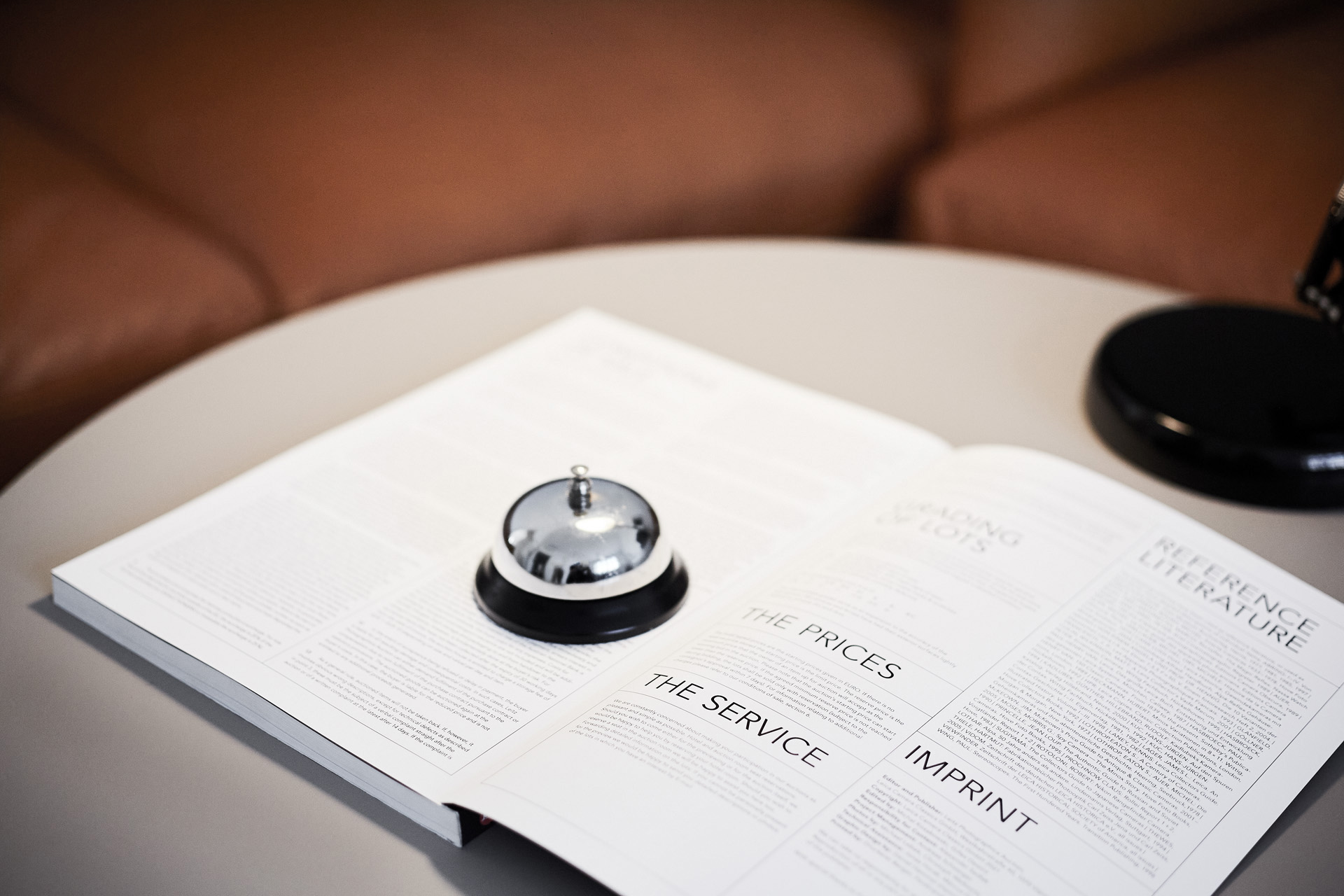 referred to as “Leitz Photographica Auction”)

1) By submitting a written or telephone purchase order, an online bid or by participating in person as a

bidder in the auction room, each bidder at the Leitz Photographica Auction explicitly recognises the

for subsequent purchase. In the event of complaints or uncertainties due to erroneous translation, the

German text of the terms and conditions of auction in the printed catalogue is valid.

Photographica Auction and not forwarded to third parties. If, however, a credible claim to a consigned

item should be filed by third parties, and it not be possible to clarify the ownership circumstances

otherwise, the auction house is entitled to disclose the name and address of the consignor.

of the Trade Code (Austria) and according to these Terms and Conditions of Auction. The auction is done

in our own name for third-party account (commission transaction). Unless this conflicts with mandatory

national or European provisions, the parties agree Vienna, Austria, as the place of performance and

place of jurisdiction. In the relationship to foreign consignors who do not have their place of residence

in Austria but instead in another Member State of the European Union, Austrian law is decisive unless

this conflicts with mandatory national or European provisions.

Auction who strive to describe the condition of the lots in the catalogue as appropriately as possible.

to the internationally usual categories (A,B, etc.). The meanings of these categories are explained in

detail in the catalogue. Leitz Photographica Auction, however, explicitly points out that the items are

liability for open and hidden defects. Corrections due to mistakes and printing errors remain reserved.

auction. As a general rule, the taking back of items auctioned is excluded (cf. point 12).

the catalogue. If, however, inspection on site is not possible for a bidder in individual cases, Leitz

and visual condition. Leitz Photographica Auction will provide this information both over the phone as

well as in writing or by e-mail – additional photos, however, can only be sent by e-mail. During the

inspection and the auction, each visitor is liable for damage he or she causes to the lots in full and will

indemnify Leitz Photographica Auction in full against any claims of the consignor.

5) Before the start of the auction, bids can be submitted in writing (by letter, fax or e-mail) or online via

an easily legible form. To be taken into consideration, they must include the precise address of the

client, a copy or scan of a valid ID document and the highest bid in euros. The prices named there are

deemed to be highest prices for a bid. The surcharge will be invoiced additionally in the event of a

this in the bidder’s interest. Bids by telephone are only possible from a respective lot value of EUR 500

upwards. For this type of bidding too, an order must have been presented to the auctioneer at the latest

by 24 hours before the auction in writing, giving notification of the personal details along with

corresponding proof of identity. Each bidder bids in his/her own name and for his/her own account.

up. However, no guarantee can be given that the telephone connection will be successful. Before the

start of the auction, bidders in the auction room will be given a bidder number as soon as they have

card in their name. The bidders hereby acknowledge that it is impossible for Leitz Photographica Auction

to perform credit checks on bidders prior to the auction. For this reason, the bidder is required to

lower estimate of the lot as shown in the auction catalogue exceeds EUR 50,000. The security deposit

the auction, otherwise the bid cannot be considered. Room bidders may credit the security deposit to

the mentioned account no later than one hour prior to the beginning of the auction. Leitz Photographica

amount will be shown in the auction catalogue. If the bidder's bid wins, the security deposit will be

credited against the hammer price and the buyer's premium. If the bidder’s bid does not win, Leica

6) The net purchase price consists of the hammer price plus 20% buyer’s premium or, if the bid is placed

via LIVEAUCTIONEERS or Invaluable, plus 25% buyer’s premium respectively.

30% if the bid is placed via LIVEAUCTIONEERS or Invaluable. For lots remaining in Austria and marked

with * in the catalogue, VAT with respect to the hammer price and the buyer’s premium is due and

payable at the statutory rate (full taxation). The basis for calculating VAT is the hammer price plus the

buyer’s premium. For deliveries to entrepreneurs in other EU countries, the tax exemption for EU intracommunity

acquisition applies, if the buyer provides his VAT-number and all data necessary for the

(transport)documentation. Deliveries to non-entrepreneurs (private individuals) in other EU countries

will be subject to Austrian VAT at the time of collection of the lot. If Leica Camera Classics GmbH delivers

lots marked with * in the catalogue to non-entrepreneurs (private individuals) in other EU countries,

charged. For deliveries to EU third countries, the tax exemption for export deliveries shall apply both for

obtaining all necessary documents, in particular export customs declarations, and further provided that

all legal requirements are met (no domestic domicile of the buyer who is collecting the lot, in the event

of tourist exports no buyer’s domicile in another EU country, e.g.).

differential taxation principle irrespective of whether the lot remains in Austria, is delivered to other EU

countries or to countries outside the EU. A waiver of the application of the differential taxation principle

resulting in the taxation according to the general rules (see paragraph above) is permitted, if the buyer

Import VAT and customs duties accruing abroad will be borne by the Buyer. Invoices issued during or

immediately after the auction are subject to verification; errors are reserved.

7) The auction is done in the sequence of the catalogue numbering. The catalogue text of the printed

German version of the auction catalogue is decisive, but the auctioneer is entitled to summarise,

separate, remove or change the order of catalogue numbers in the auction. He or she can reject offers

and rescind a successful bid already made in order to auction the respective item further.

listed in the catalogue unless there are several higher written bids. In this case, the auctioneer calls out

bidder. If there are several written highest bids of the same amount, a decision is taken in favour of the

bid first submitted. The successful bid is the hammer price.

9) Ownership of the auctioned goods is not transferred to the buyer until full payment has been made.

In the event of a successful bid, the buyer undertakes to accept and pay the lot acquired by him/her in

the auction. The buyer is only entitled to handover when the purchase price has been paid in full. A

taking back of the auctioned items by the auctioneer is excluded. With the handover to the buyer or a

third party commissioned by him/her, the entire liability for the auctioned item is transferred

immediately to the buyer. This also applies if at the buyer’s request the item is sent to a location other

than the place of performance (Vienna, Austria). In this case, the risk is transferred to the buyer as soon

as Leitz Photographica Auction has delivered the item to the forwarding agent, the freight carrier or

another person or institution designated for execution of the shipment. However, the auctioned lot will

buyer. If it is agreed that the item will be handed over before complete payment, the auctioned item

remains the property of the Consignor until full settlement of the claim.

10) The consigned goods remain the property of the Consignor until a successful bid is submitted. With

a successful bid at the auction, the lot subject to full payment of the purchase price, becomes the

property of the buyer. As a general rule, Leitz Photographica Auction cannot assume any liability for any

damage in the delivery, interim storage or during the inspection, unless the damage is due to wilful or

grossly negligent conduct on the part of Leitz Photographica Auction. In order to prevent any problems,

consigned goods are insured as an obligatory measure for 1.5% (incl. VAT) of the lower estimate. If

permissible by law, the amount of liability of Leitz Photographica Auction is limited to the lower

11) If no other agreements have been made, bidders in the auction room can pay for and collect the

auctioned items, including the taxes usual in the country, directly after the auction has ended. The

after the auction has ended. These are to be paid within 8 days after receipt to the auctioneer net

without deduction. In the case of payment by bank transfer, the amount incl. any taxes, fees and costs

to be added to it is due immediately and including any bank charges. In the case of arrears in payment,

arrears interest in the amount of 5% above the basic interest rate of the Austrian National Bank is due.

With all payment methods, the buyer pays for any expenses. Costs for packaging, transport and

transport insurance are not included and will be additionally charged. Each storage and packaging to

and from handover to the transport company, however, is fundamentally done at the buyer’s risk. For

invoice, the auction house is entitled to charge a storage fee of 1€ - 10€ (depending on size and value)

per day and item.

12) In the event of acceptance being refused or delay in payment, the buyer is liable for all resulting

damage and consequential costs. In such cases, Leitz Photographica Auction can either demand

pursuant to the statutory provisions. The auctioned goods can be auctioned again at the buyer’s costs.

In this case, the buyer is liable for the reduced price and is not entitled to any additional proceeds

13) As a general rule, auctioned items will not be taken back. If, however, it involves obvious wrong

descriptions, except for technical defects as described in point 3, these must be the subject of a verbal

complaint straight after the auction or of a written complaint at the latest after 14 days. If the complaint

is recognised as valid, the buyer, if he or she simultaneously returns the auctioned item, has the right

to reimbursement of the purchase price and of the surcharge. No further claims can be filed.

Consignor and Leitz Photographica Auction. Verbal side agreements are invalid. All amendments must

be made in writing to be valid.

15) If a provision should be invalid in part or in its entirety, this will not affect the validity of the remaining

You can also download our auction conditions in PDF format.