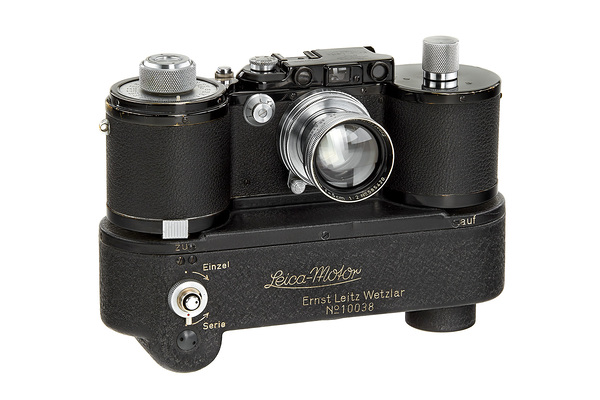 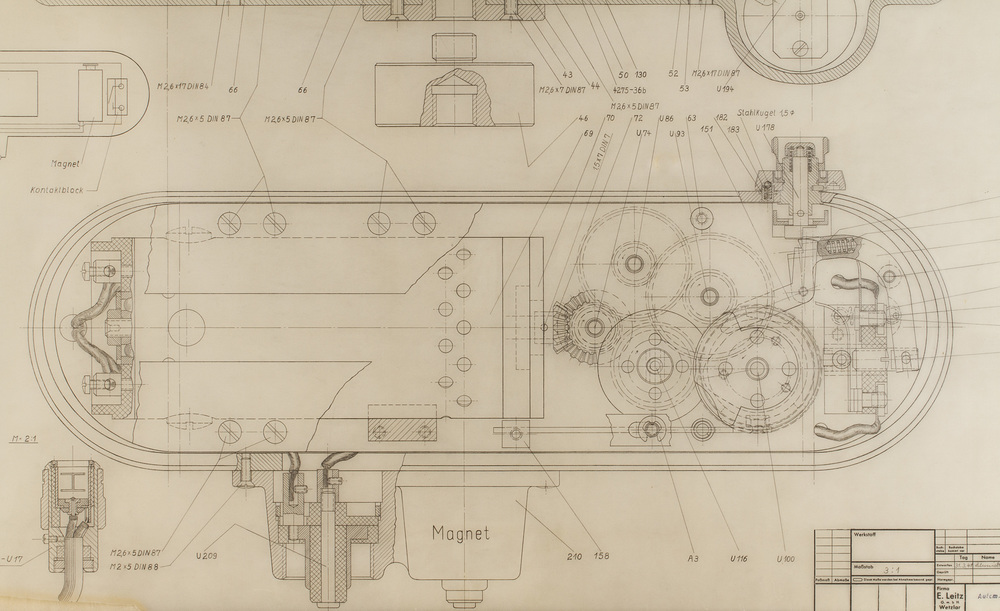 In the year 1936 Leitz introduced a Leica camera for a film lengh of 10 meters,  the Leica 250 or the “Reporter.” As can be seen from the designation, 250 shots (full 35mm format) could be made without having to put in a new film. In order to achieve this, the camera has two large size cassette housings which gave the Leica “Reporter” its unmistakable appearance.

The feature of 1/1000 sec. as fastest exposure speed has been adopted for the Leica 250 as early as 1936. A large portion of the resulting so-called “GG” model cameras has been delivered during World War II. Only 92 cameras have been equipped with an electric motor drive MOOEV and used for aerial reconnaissance in German warplanes - most of them permanently installed in the infamous STUKA dive bombers. Many of these cameras were lost in the air battles and only around 15 examples are known to exist today.

The offered 250 GG has been delivered to Berlin (13.11.1942) and is in excellent condition, with only minimal brassing on the edges. It has got the usual modifications to use it with the Leica-Motor MOOEV, like the coupling shaft (sloping ramp type) or special film-guide rollers,  maintaining the film tension during the high-speed operation.

The included Leica-Motor MOOEV no.10038 also has been delivered to Berlin (19.12.1941) and is in beautiful condition, with only minimal signs of use. It is engraved on the inside with a different camera serial number 352412. It is not a surprise and actually another proof that the camera survived the turmoil of war - when in action, the cameras were usually changed when a new film was needed - the motor stayed fixed in the aeroplane. 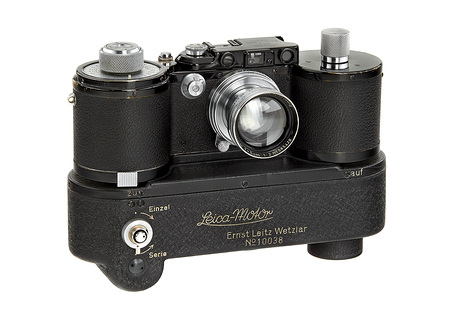 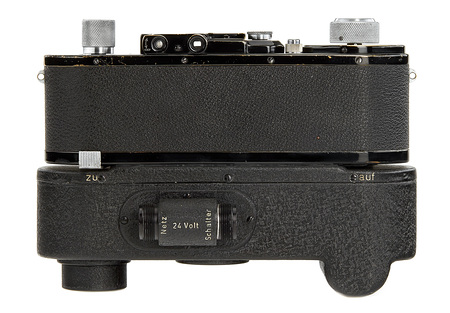 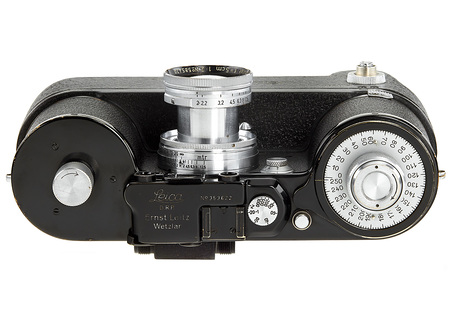 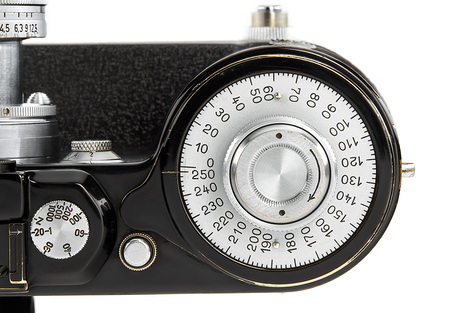 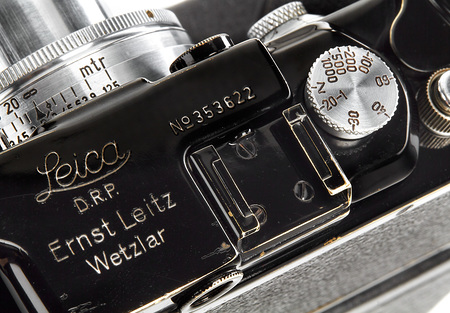 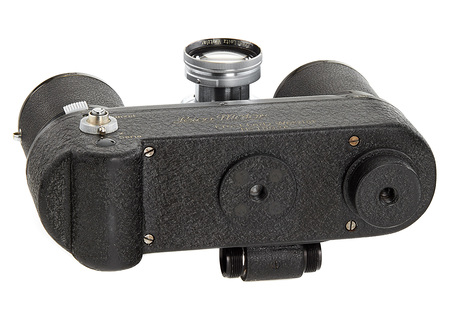 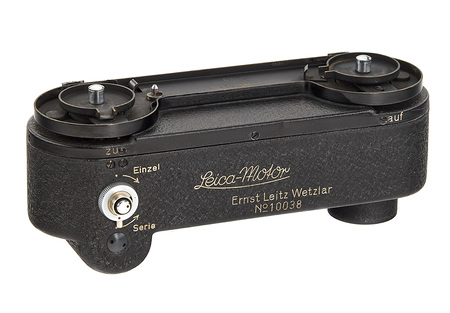 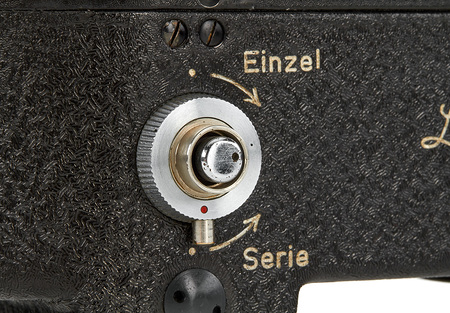 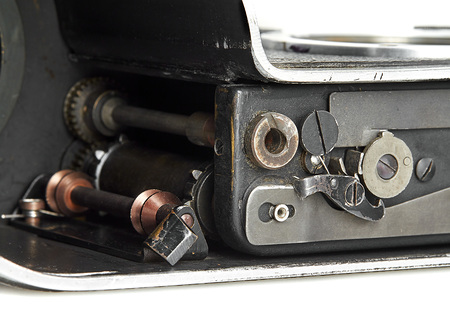 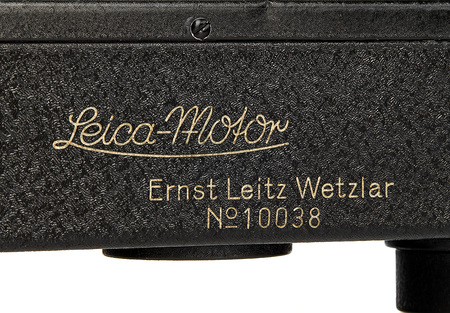