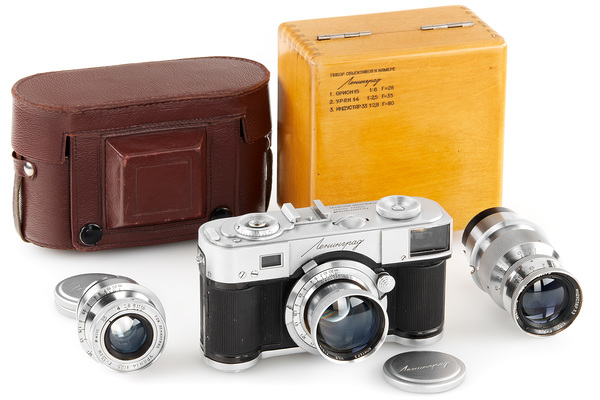 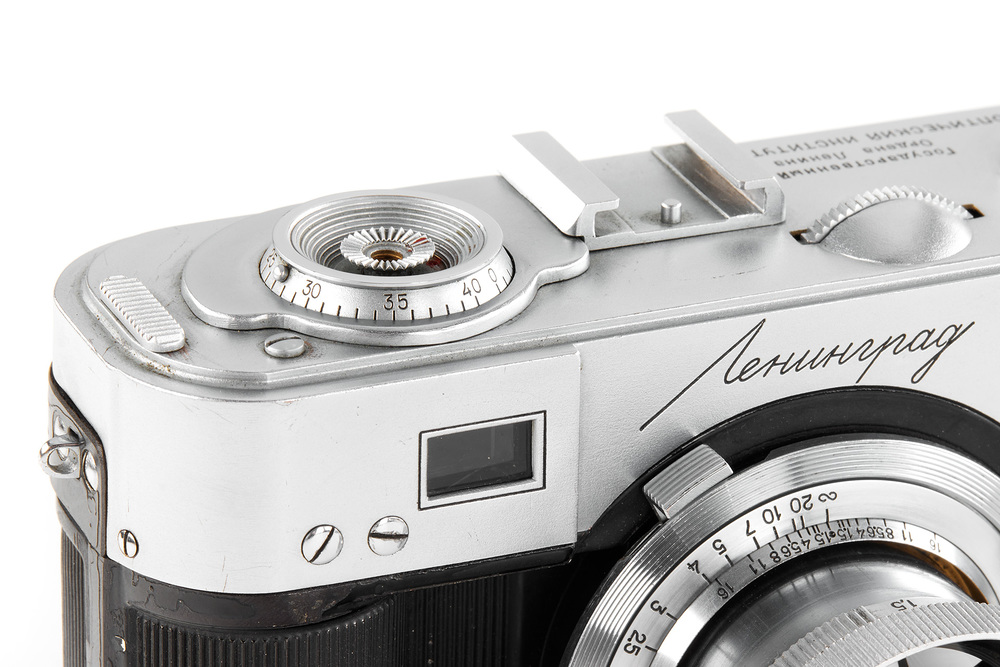 An exceedingly rare prototype of the famous Leningrad camera. The GOI-Leningrad was widely unknown for many years and remained mysterious until 1990 when a drawing of the camera appeared in Pont/Princelle's '300 Leica copies' and in 2004 photos of a camera number 2088 has been shown in the second edition of Princelle's 'The Authentic Guide to Russian and Soviet Cameras'.

The GOI-Leningrad offered here is an advanced, precisely made 35mm rangefinder camera, with a unique mount allowing a quick change of the lenses. Unlike the serial production Leningrad, it does not use a spring drive - it has got a folding, single-action winding lever on the back of the top plate.

Included with the camera are three matching prototype lenses: GOI Uran-14 2.5/3.5cm no.4215 (in a collapsible mount, with front cap), GOI Jupiter-3 1.5/5cm no.4395 (also in a collapsible mount, with front cap) and GOI Industar-33 2.8/8cm no.4320 (with front cap), all three showing amazing technical precision and attention to details, unseen in the Russian serial production cameras. The set also includes a wooden case for three lenses, two filters and an original leather case for the camera.

Only a few of these cameras are known to exist and this is the first time one of these is being offered in a public auction. It is a very special opportunity for every camera collector. 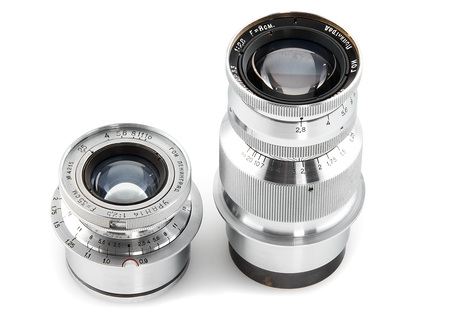 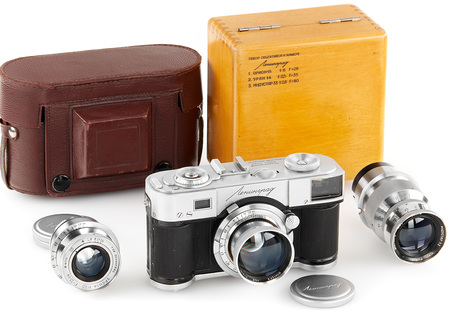 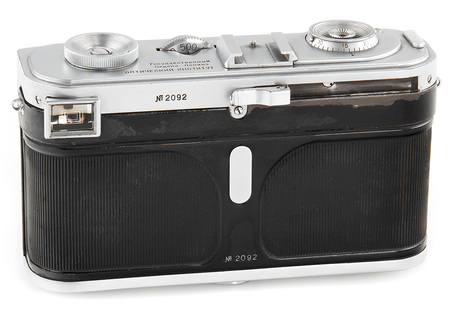 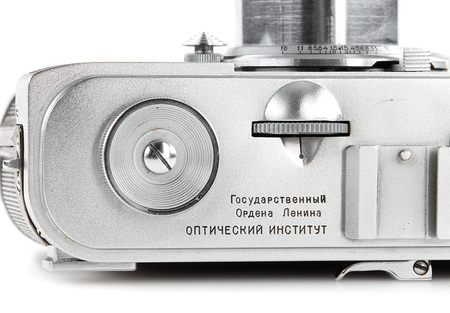 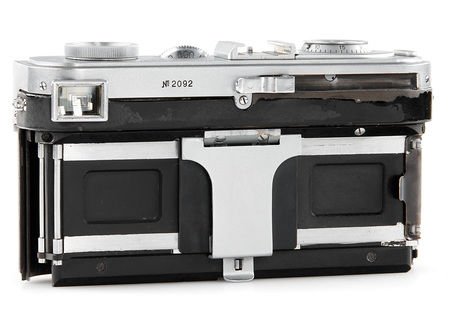