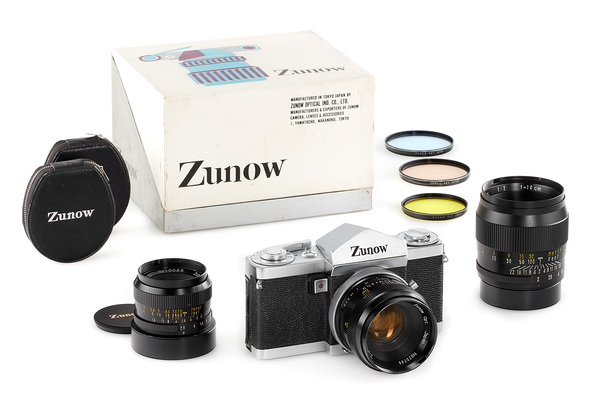 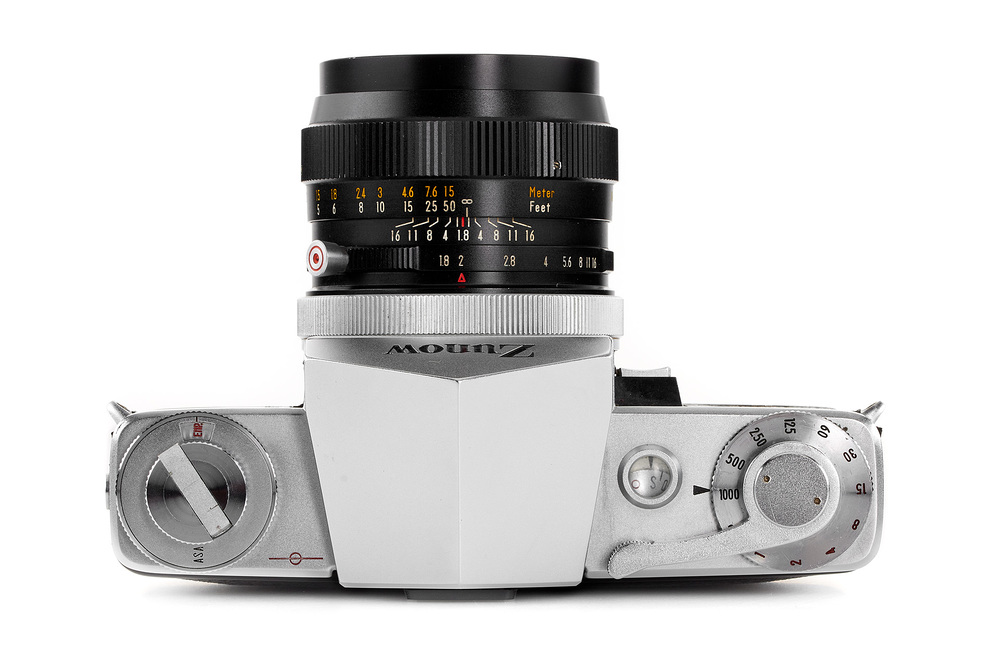 The Zunow is an extremely rare Japanese 35mm SLR film camera launched by Zunow Optical Industry in 1958 - about the same time as most of the established Japanese camera companies introduced their first models of this type.
The Zunow shows a remarkably compact and neat design, possibly inspired by Contax S, Praktina and Miranda T,. The Zunow also incorporated a lever wind, a rare feature prior to this camera’s launch date, not found on many 35mm SLR cameras, except for the Exakta, the Mecaflex, and the Asahi Pentax of 1957. Some advanced technical features associated with SLR cameras, occupying engineers at the time, were successfully incorporated in this camera, most importantly an internally-coupled automatic lens diaphragm and an instant-return mirror. Unfortunately, the maker was unable to persevere for more than another three years, and they produced only very few cameras.

The offered example is in beautiful, near-mint condition and working order, comes with a set of three matching lenses: the standard Zunow 1.8/5cm no.20744, and two extremely rare supplementary lenses, both never officially released and produced for test purposes only: the Zunow 2.8/3.5cm no.10065 (this is the second example of this lens we have seen, in beautiful condition, with both original caps) and for the first time in a public sale a fast portrait Zunow 2/100mm no.40003 (a beautiful mint condition with rear cap), also included in this special outfit is a soft case and maker's box for the camera, Zunow yellow filter for the 50mm (with keeper), two Zunow filters for the 100mm (with keeper).

This special set is for sure the best Zunow outfit we have seen and a unique opportunity for serious camera collectors! 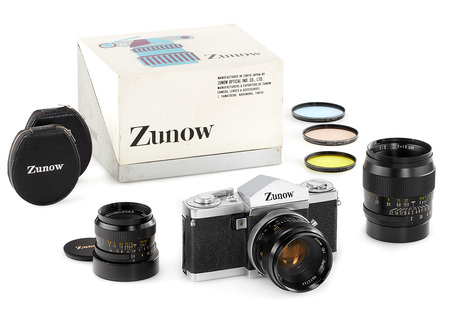 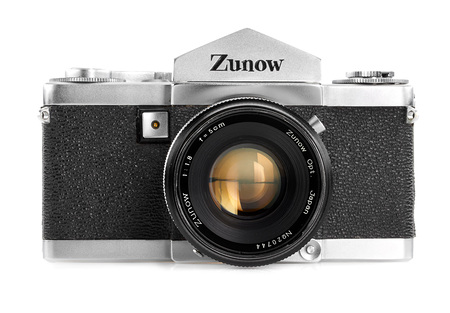 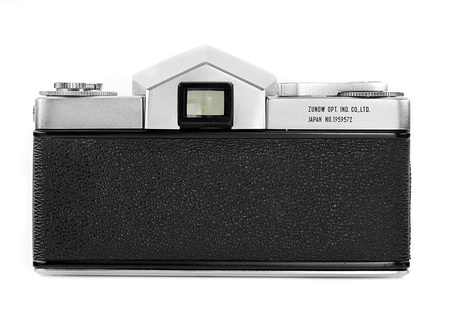 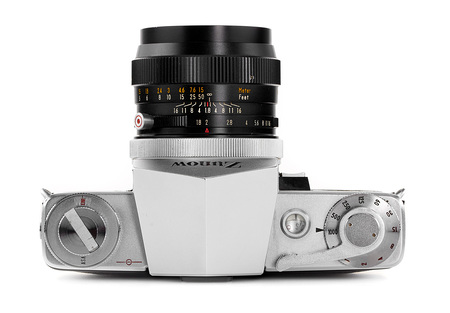 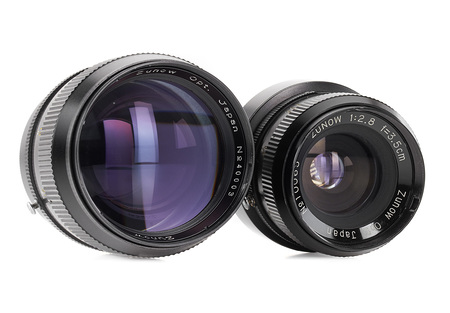